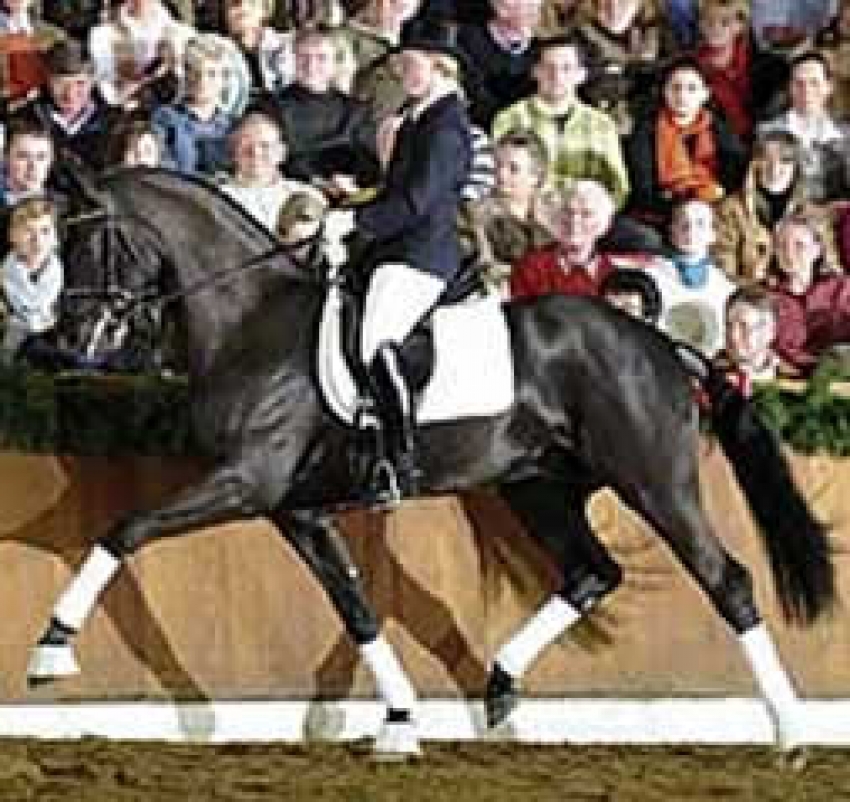 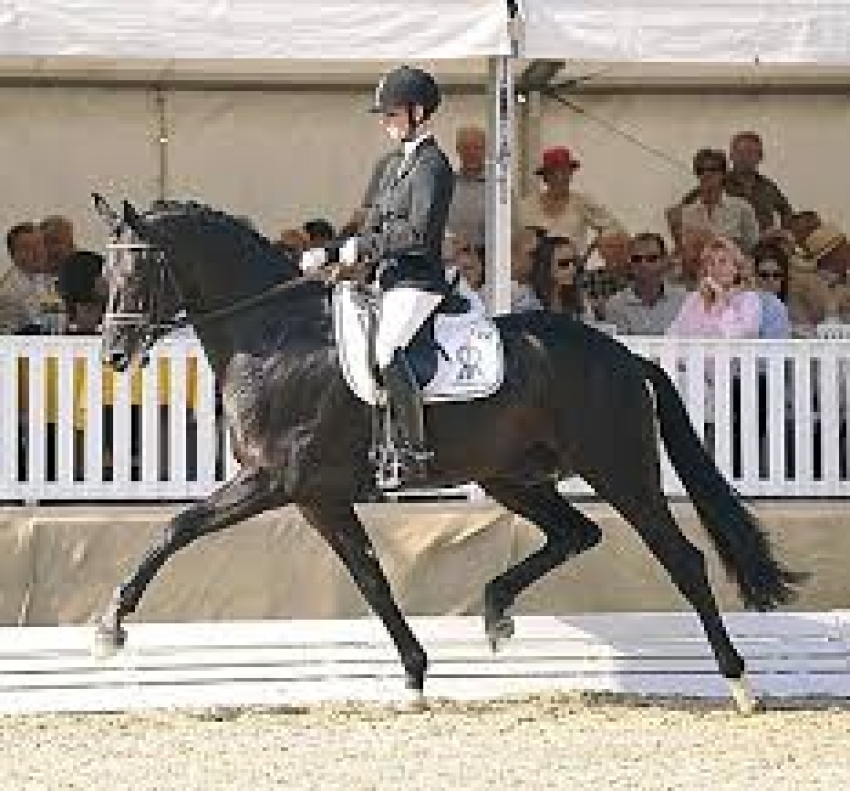 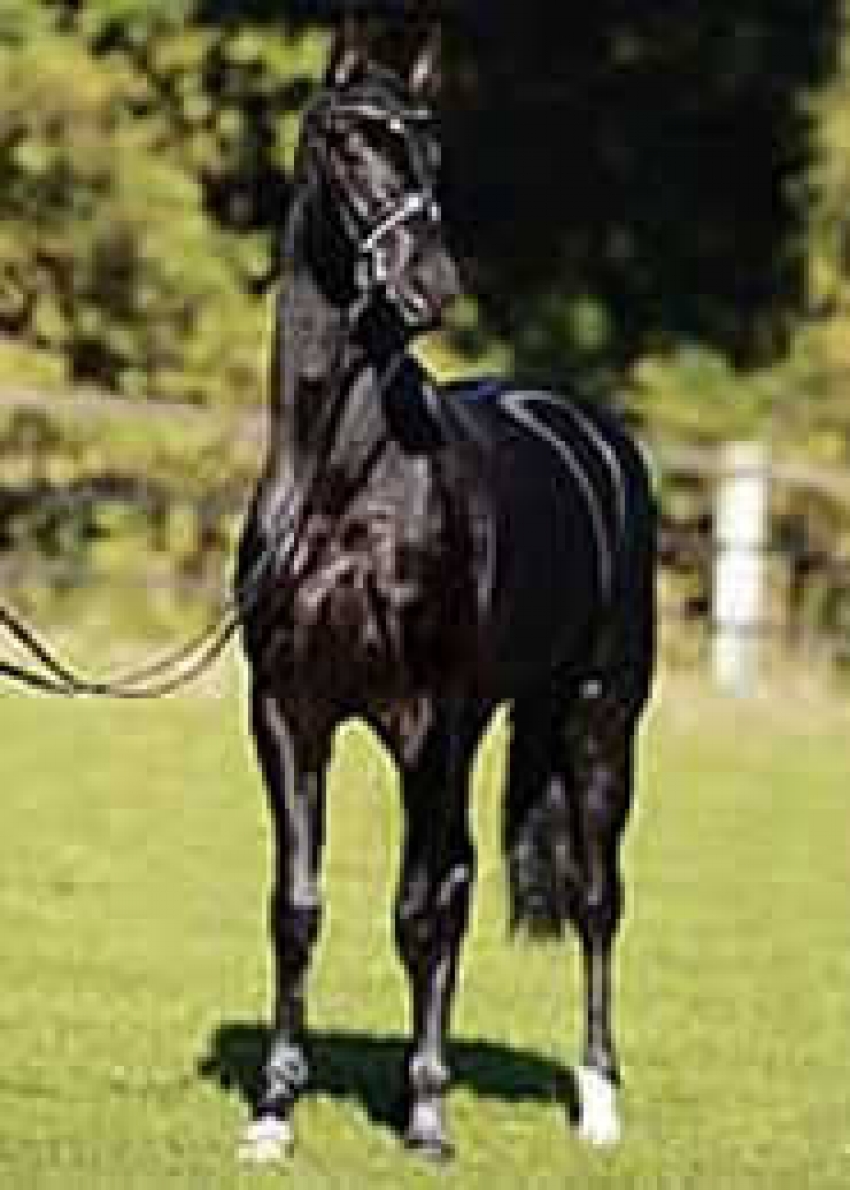 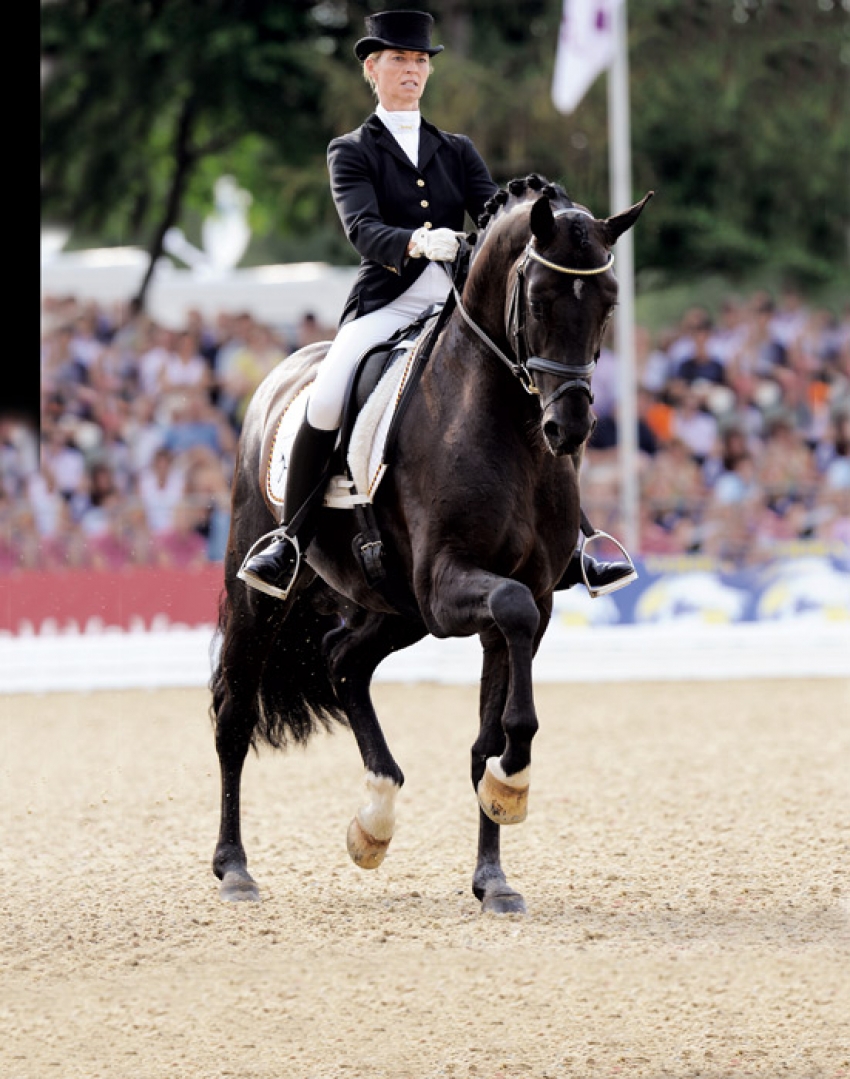 Stallion Name:
Sarkozy
Breed:
Hanoverian
Breeding Approvals:
AHS, OHBS/GOV, RPSI, Westfalen-NA
Nominations:
Primary Discipline:
Dressage
Height:
16.3
Date of Birth:
2005
Birth Country:
Germany
Sarkozy narrowly missed out on a medal at the Bundeschampionat final for five year old dressage horses with a 9.0 for overall impression and 9.5 for his graceful, ground-covering walk. He was also one of the top ten at the World Championship final in Verden, where he was placed fifth. In 2009, Sarkozy was the resplendent Hanover Riding Horse Champion and celebrated Vice Bundeschampion. At the Bundeschampionat he was awarded 9.9 for all his basic paces and 9.5 for conformation. He also completed his 30 day test with an impressive dressage-oriented final score of 9.01. It would be no exaggeration to say that Sarkozy's walk is one of the most outstanding of all current German dressage stallions.

On the dam's side, Sarkozy's pedigree boasts the brilliant genes of performance horse producer Weltmeyer, Bogenschütze by Bolero and Lungau. This former state stallion at the Celle stud is the dam's sire in pedigrees of successful championship horses such as Vice World Champion Beauvalais, double Olympic gold medal winner Salinero and Olympic horse Brentina.

Click here to see all stallions managed by Avalon Equine