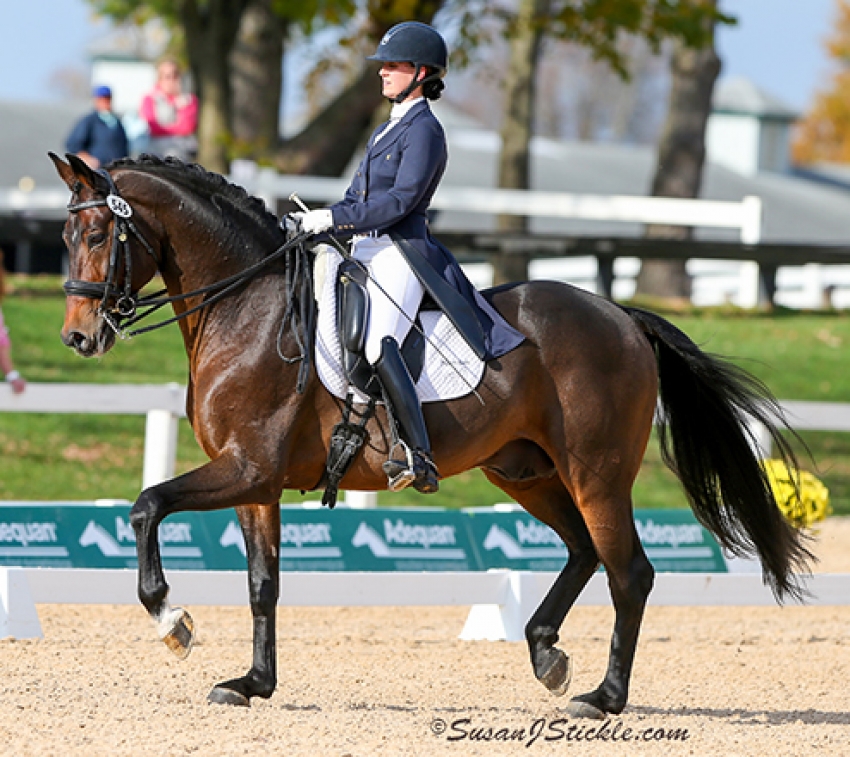 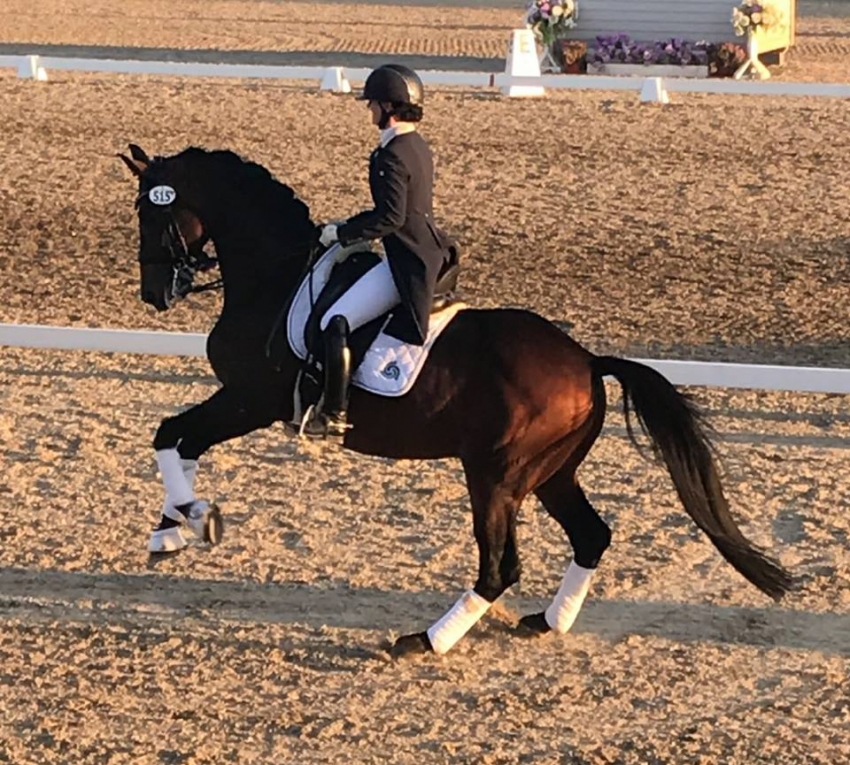 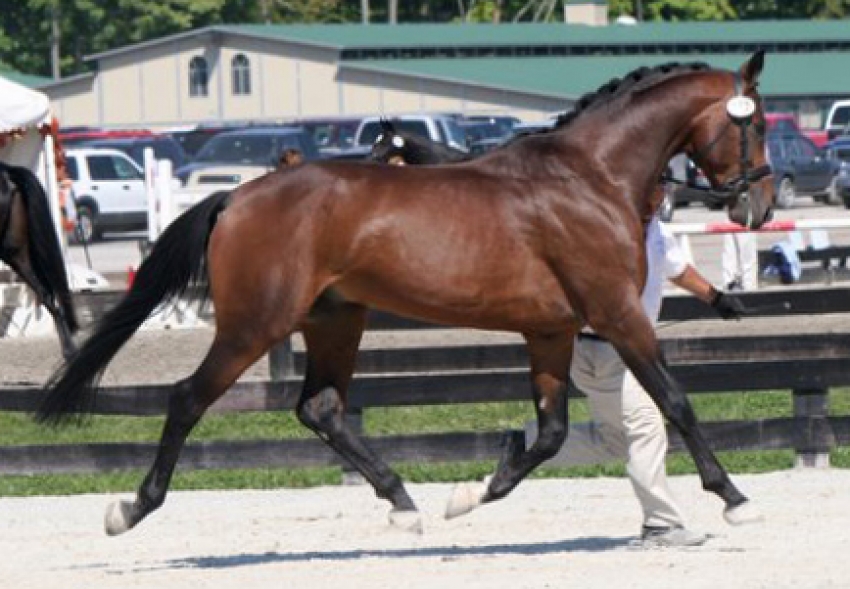 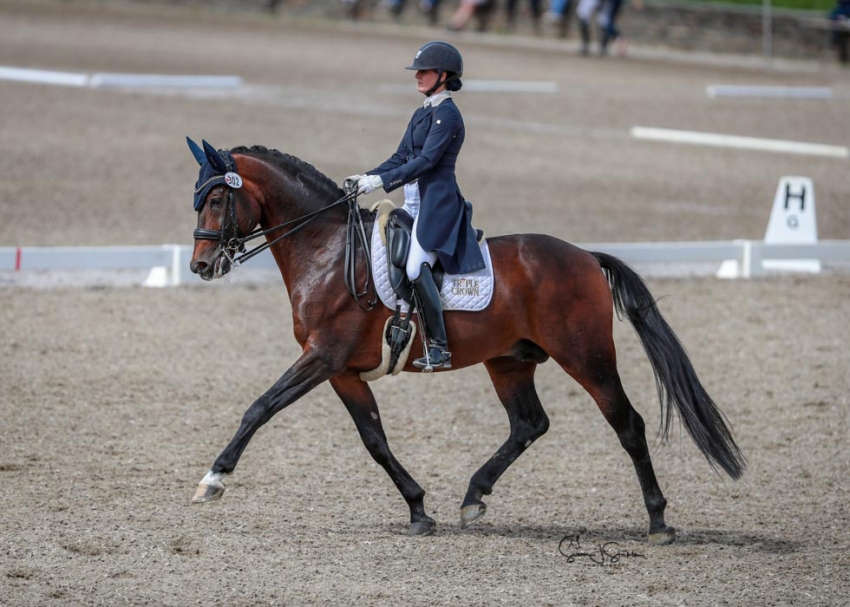 His offspring have his super character/trainability, modern type, uphill build, tall, leggy, good topline, pretty head and powerful fancy gaits! The breeders and owners are raving on their great disposition and easy trainability, just like Schroeder himself. He is stamping these characters on his offspring. They have been winning at the in hand shows, dressage shows and inspections. Fantastic offspring for the amateur or professional who want to progress up the levels. The oldest are going into the FEI dressage ring and doing super.

Schroeder comes from world class champion bloodlines on both the sire and dam side.

Schroeder's sire Sandro Hit was Winner of 1999 6 year old Dressage World Championships and German Bundeschampionate. One of Sandro Hit's most famous daughters was Poetin (Sandro Hit/Brentano II) who was winner in 2003 of the World Championships for Young Dressage Horses as well as the Bundeschampionat. She was sold in 2003 for 2,500,000 Euros. Sandro Hit has the highest breeding index in Germany of 153. You can see many Sandro Hit offspring in the top levels of Grand Prix dressage and why he has been in the top of the world breeding rankings (WBFSH) for many years.

Schroeder's Dam (from Hanoverian Dam line Pia), SPS Esmeralda was 2002 Champion mare at the Loius Wiegels Show and took 2nd place at the prestigious Ratje-Niebuhr show. From this dam line also comes the approved stallions Cyrano (Westf), Gourmet (Hann), Domfuerst (Rhld). The Grand Prix dressage stallion Warhol by Western Star is out of the mare Wegola by Wendelin, a daughter of Gotha, Esmeralda's grandmother. He is placed up to Grand Prix Level and was licensed as a two-year-old, but was never active as a breeding stallion. Esmeralda's Mother Gute, produced Summersby 15 by Stakkato, who is successful in showjumping at 1.45m under Olympic Champion Lars Nieberg.

Grandsire Escudo I was the winner of the stallion performance test in 1994 and achieved a convincing 144.90 points in the jumping category. He also won the 6 year old Showjumping Championships in 1997. Escudo I is a son of the Celle State stallion and 1995 Stallion of the Year Espri who is known worldwide for producing outstanding jumping horses, he produced 58 Grand prix offspring (8 dressage/50 jumping) including World Cup winner E.T FRH, Enrico, World Breeding Champion Edgar, Olympian Esprit de Valdemar and in dressage German Grand Prix A team member Elvis VA, ridden by Nadine Capellmann.

Schroeder is a top dressge sire to breed to with proven performance stamping his offspring for the amateur or professional to go to the top of sport. 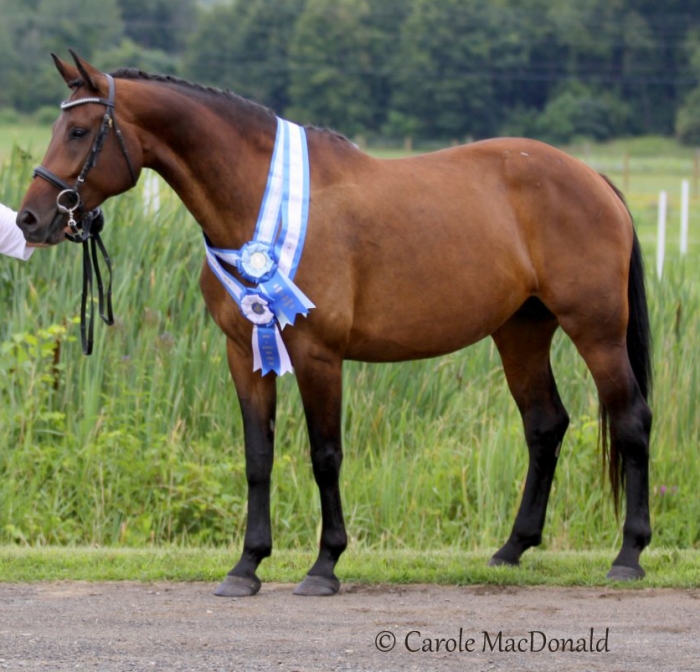 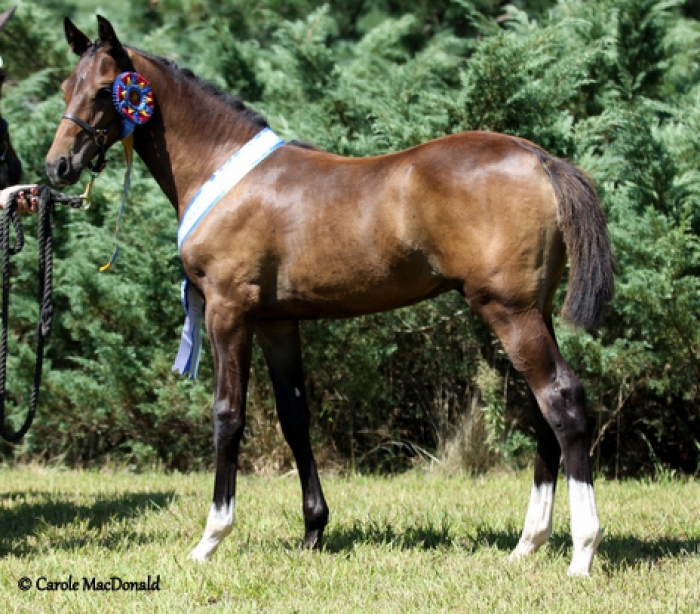 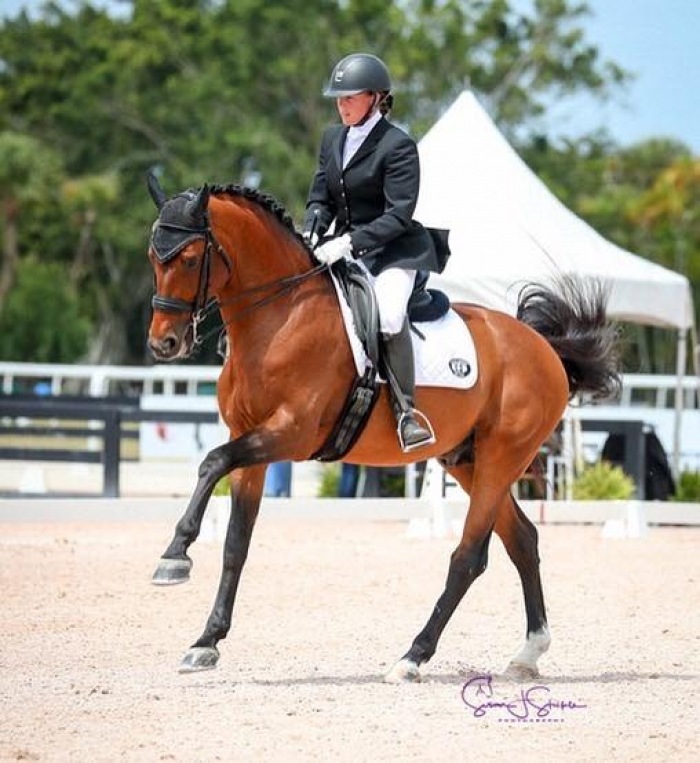 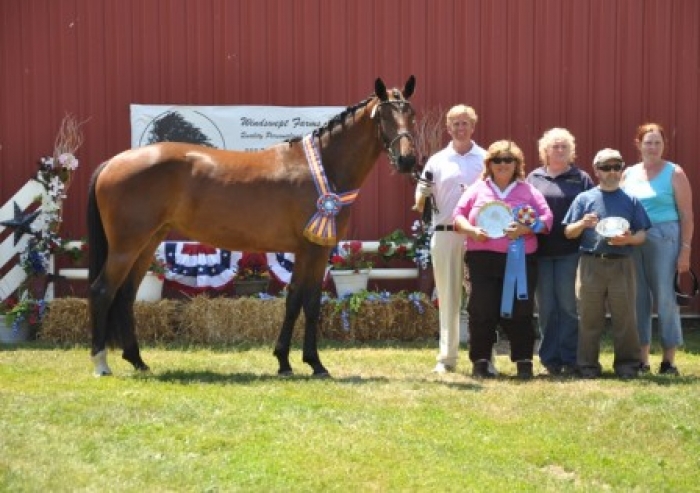