Part 2 of Scot's "Not Dead Yet" article on WarmbloodBreeding.com is now live! Part 2 takes you to Europe with Scot on a very special horse-shopping trip. "I have never in all these years actually sat on a horse on foreign soil, let alone gone with the intention of looking for a horse to sit on on a regular basis." The experience brought "the proverbial butterflies" - and success didn't seem possible... ...read more

Read about Alice Tarjan’s European successes with Serenade MF, who was bred in the US by Wendell and Maryanna Haymon of Marydell Farm in North Carolina. She is by Sir Donnerhall II out of the Elite Mare Duet MF, who is by Marydell Farm’s stallion Don Principe. Now on HorsesDaily.com. ...read more

Dante MG - The Black Modern Stallion for Dressage or Jumping!
< 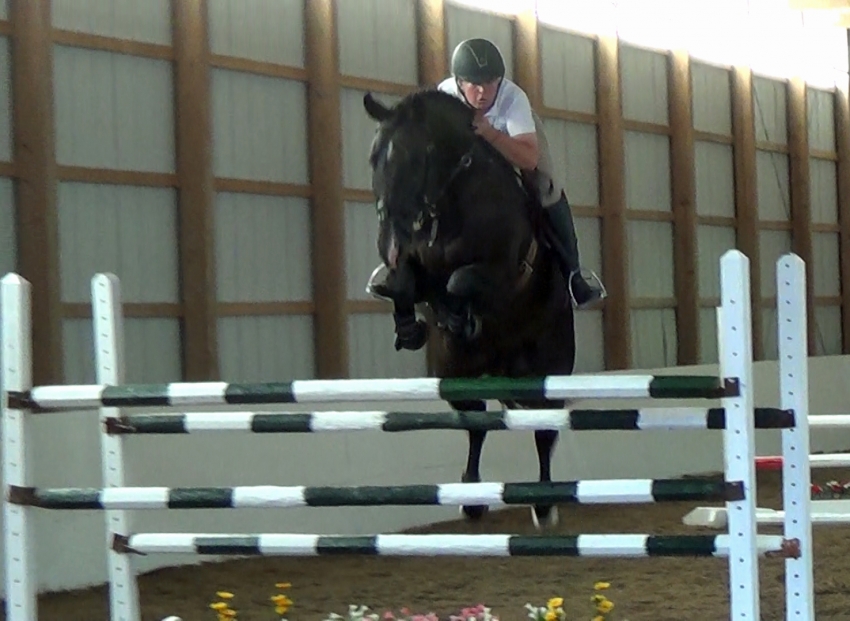 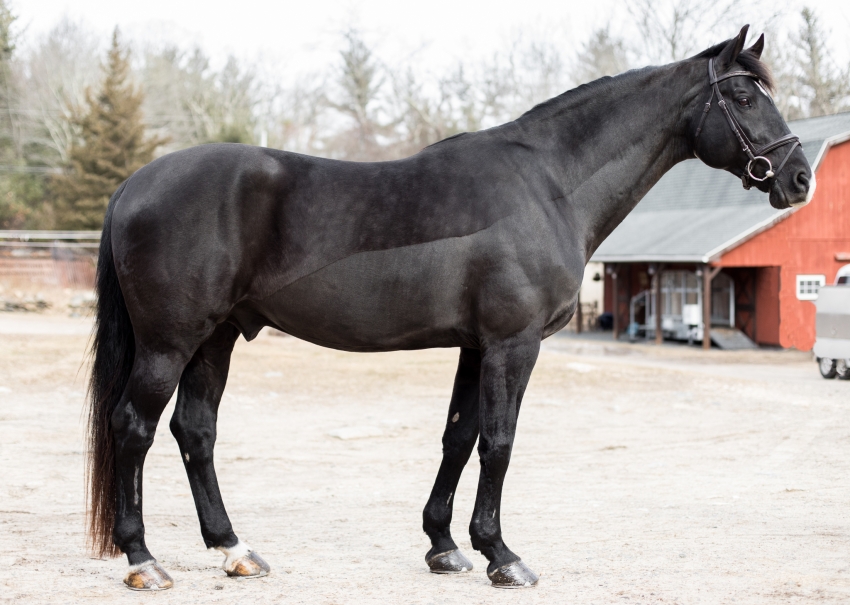 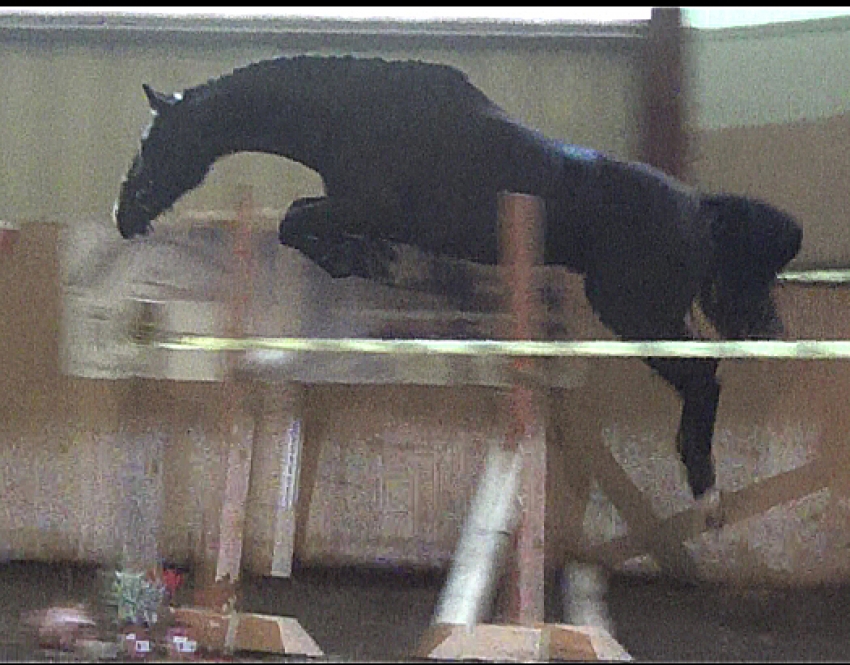 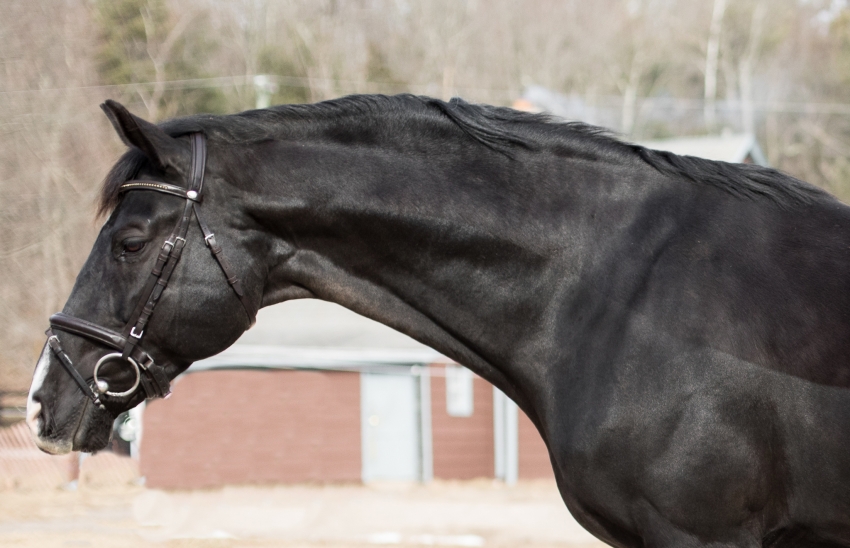 This black stallion turns eyes at the show with his striking good looks, easy character and fancy gaits. A favorite with his german rider at the stallion testing and competed in FL at the 1.1 m level taking home several ribbons. Height is no problem for Dante MG! He easily cleared 1.4 m at the stallion testing with lots of room to spare. He is modern and a fancy mover. The dressage riders like him too. So much that he is now in training with Orintha Silva in dressage.

Dante's sire Chin Chin had a very impressive jumping career. Together with his former owner and rider, Jaime Azcarraga from Mexico, this combination participated for more than five years at international level. In 1988 Jaime Azcarraga won five consecutive times in the North American League on the World Cup circuit and competed in Seoul at the Olympic Games where they placed sixth individually. Four years later, they competed again at the Olympics in Barcelona. In 1990, Chin Chin and Jaime Azcarraga started in the first edition of the World Equestrian Games in Stockholm. In 1989 and 1990, they were placed in the final of the World Cup in both Dortmund and Tampa. At the same time, they competed at international jumping competitions during which the scope, character and the suppleness of Chin Chin always aided his determined but amateur rider.

Dante's dam Obertede is an imported Keur mare from the Ritta mareline #15. O'Bert-e-de is by the keur stallion Glennridge who tragically died at 11 years old. Glennridge won his stallion test with scores; walk 9 trot 7.5 canter 8 riding test 7 Free jumping 8.5 Show jumping 89.5 Cross country test 8 Character 8 Training report 8. He was a Grand Prix jumping stallion who placed in numerous Grand Prix, World Cups and International Stallion competitions. In 1998 Glennridge was placed 12th in the World Rankings. Glennridge is also the sire of Jane Karol's Grand Prix dressage gelding Nibbit. He has produced both jumping and dressage offspring like our mare O'Bert-e-de does. O'bert-e-de's dam Jorfa is a Keur mare who had had the incredible high IBOP riding test score of 90! 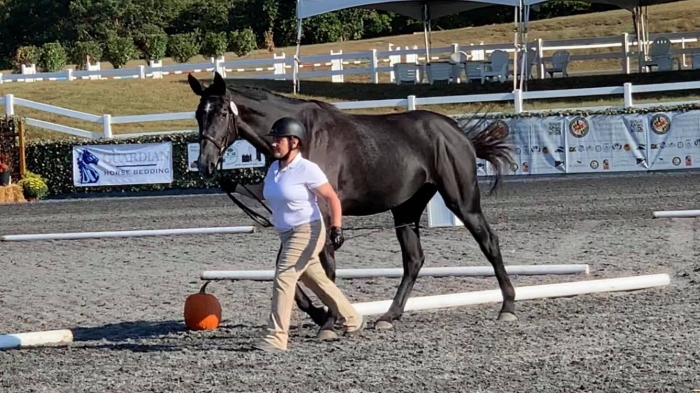 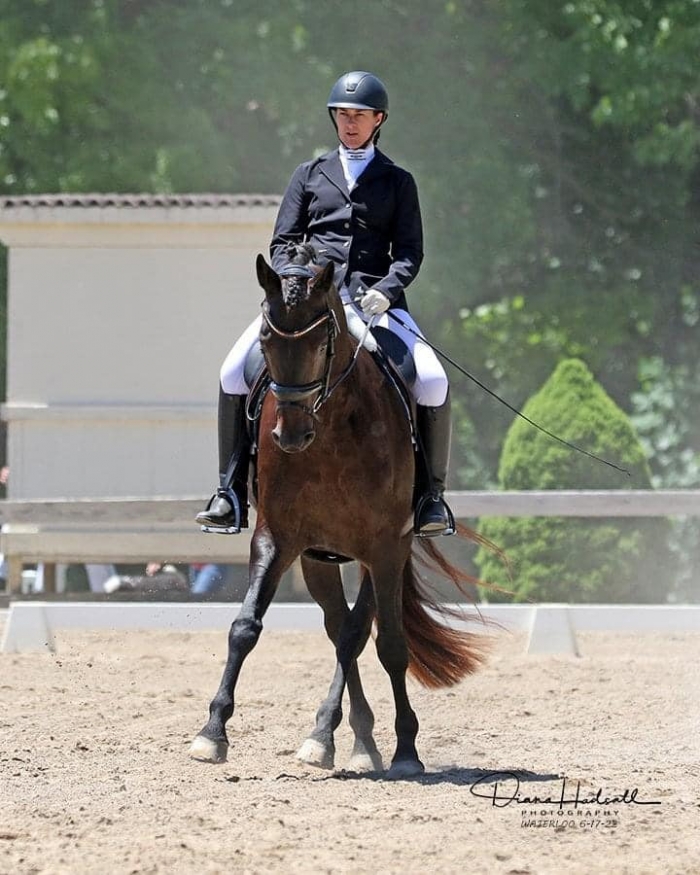 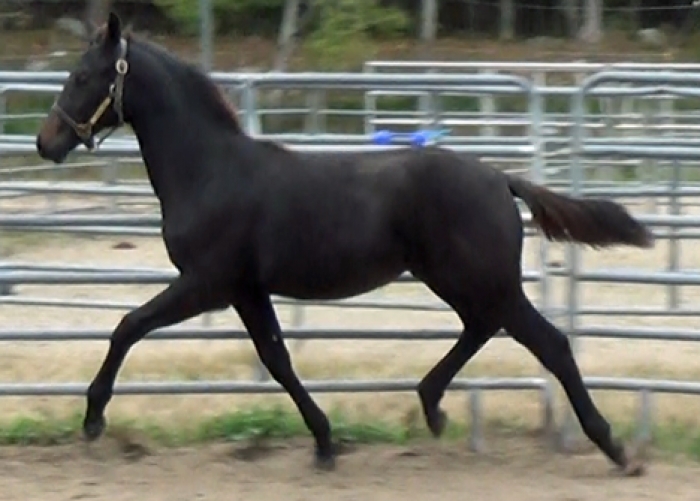 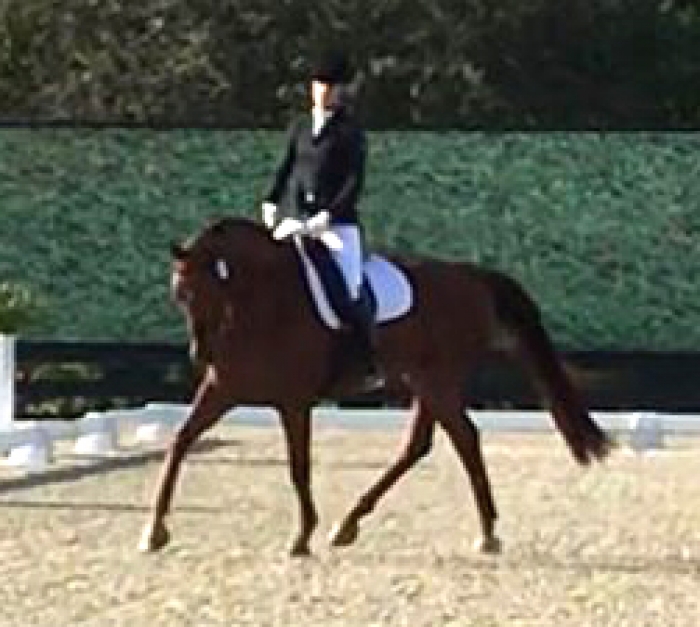